Words, words, words...let's all get on the same page.

Account Interledger supports transactions on any type of fungible asset, and uses accounts to track debt positions in a particular asset between two parties. Accounts are always denominated in a single, mutually agreed upon asset type and only ever include two parties.

Account Assets Asset types tracked in an account include any type of fungible asset. This includes fiat and crypto currencies like U.S. Dollars, Euros, Bitcoin, or XRP. Accounts are not limited to tracking currency, however, and can represent other fungible things like equities or commodities.

Accounts Asset Identifiers Interledger tracks assets using an identifier that can represent an asset. For example, USD, EUR, BTC, XRPor even stock symbols like SBUX or AAPLcan be used. Interledger even supports contrived asset identifiers for specific use-cases, such as WIDGET.

Account Standard Units The standard unit represents the typical unit of account for a particular asset. For example $1 in the case of U.S. dollars, or 1 BTC in the case of Bitcoin.

Note that peers are free to define this value in any way, but participants in an Interledger accounting relationship must be sure to use the same value. Thus, it is suggested to use typical values when possible.

Account Fractional Units A fractional unit represents some unit smaller than its corresponding standard unit, but with greater precision. Examples of fractional monetary units include one cent ($0.01 USD), or 1 satoshi (0.00000001 BTC).

Account Balance The total debt position between two peers represented in a particular fungible unit of account. Account balances can be tracked in arbitrary ways, although the two most common forms are bilateral (both parties track an independent view of the balance) or unilateral (one party tracks the balance for both sides of the Account).

Account Balance Tracking (Bilateral) A mechanism for tacking balances where both parties to an account track the balance independently, with the sum of both sides' balances always equaling zero.

Account Balance Tracking (Unilateral) A mechanism for tacking balances where only one party to an account tracks the balance for both parties. Generally speaking, the entity holding actual assets should be the party that tracks a unilateral account balance. As such, the unit of account on such a balance is an IOU payable from the balance tracking entity to the counterparty.

Link A connection between two peers, involving a single account, where ILPv4 packets can be exchanged over some network transport (such as a Websocket or a regular HTTP connection).

Peer Any entity that has agreed to exchange Interledger packets with another entity. This sometimes refers to two individuals who share an account. However, this can also refer to software programs that are connected to each other in a peering relationship. See Peer Node for more details.

Peer Node An Interledger sender, connector, or receiver that has an accounting relationship with another server. 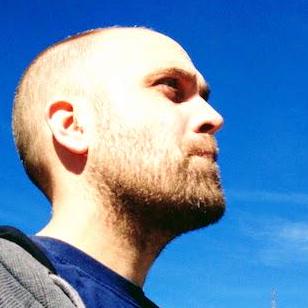